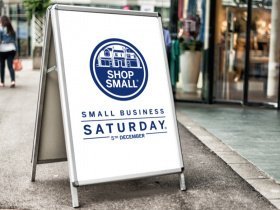 How to get featured on Small Business Saturday’s SmallBiz100 list

Pirmasens – With a view to concluding the fiscal year with record figures in sales and marketing at the end of May, the CAPRICE shoe factory realigns itself, thereby strengthening its position as an innovative shoe manufacturer. The head office in Pirmasens has a decisive role herein by becoming the interface between individual production sites across Asia and Europe. The core of modernization is the newly built technology and training centre, where participants can watch the actual manufacture process along the international value chain. With total investment in the seven-figure range, the Wortmann subsidiary company CAPRICE sets the course for coming years.

The extent of investments at the head office in Pirmasens becomes obvious even when entering the building. The entrance area has been redesigned, its interior elements now reflecting the company’s philosophy. The air-filled hemispheres of CAPRICE’s wellness patent served as a template for the design of the individual lighting elements. They illuminate the entire entrance area as well as the newly designed logo in the company’s colours. A flavouring developed in Italy specifically for CAPRICE will be successively introduced to our showrooms throughout Europe and at selected POS, setting new trends in the field of fragrance marketing and providing a sensory all-round experience.

The newly created technology area forms a junction between the model departments and the production areas both, at home and abroad. Work areas that used to be separate are now moving closer together, at the same time being harmonized in a targeted manner.

There has also been a flow of investments into the machine park and for the acquisition of innovative 3D printers and scanners. By means of this technology, the company is now able to create digital models of soles and heels and to build prototypes directly on-site. Modernisation ensures that CAPRICE will continue to meet the growing demands of digitization.

The true extent of investment becomes apparent, however, when paying a visit to the production facilities. A training centre was created on a platform made of glass halfway up within the production hall, which makes it possible to watch the entire production process in all its individual steps from above. It feels like floating above the production activities. The training platform has a capacity of 40 seats and is equipped with state-of-the-art communications and information technology. A specially designed LED lighting concept brings participants visually closer all production steps. The characteristics of the production process can be illustrated by illuminating individual work steps. The lighting system is controlled by a custom-made app that allows adjustments to be made in individual situations.

An 8-m² LED video screen mounted at the ceiling of the hall makes it possible to network with all the international production sites and to visually experience shoe production directly on-site. The individual factories, which were equipped with high speed connections and modern video equipment for live remote hook-up, thus become an extended workbench of the corporate head office, from where the whole range of production can be demonstrated. An innovative training concept offers improved training for our own executive and junior staff, as well as for shoe dealers and their sales personnel. The existing close connection between the company and its distributors is thus further strengthened. At the same time there is a direct contact to the technical staff on site. “Technical problems can be interactively discussed and resolved between the technical management in Pirmasens and the German engineering teams at the factories during the production process. The resulting savings in time and money will be significant”, assures Managing Director Jürgen Cölsch. “Live remote hook-up to our production sites in Asia and Europe provides the training participants with a proactive insight into the high level of local labour and social standards”, adds Cölsch.

Further investments in the factories in Myanmar and Pakistan were made in connection with modernizations at the head office in Pirmasens. Both factories were converted to autonomous power supply. “The past has shown that bottlenecks in the public power supply repeatedly occur in these countries, impeding the production processes. CAPRICE and their production partners have now taken measures”, explains Cölsch.

At our flagship factory in Pakistan a 12,000 m² solar field comprising more than 3,000 panels was built on the company’s premises in cooperation with a local partner. This is the largest photovoltaic system for industrial use in Pakistan. The plant will be commissioned in September by Jürgen Cölsch, the Pakistani partners, and the German Ambassador. From then on, in Pakistan CAPRICE shoes will be manufactured using solar energy exclusively.

Modern high-tech generators were purchased in Myanmar, which now provide the local CAPRICE production facility with its more than 1,000 employees with power independently from the desolate public grid.

“Both Pakistan and Myanmar are emerging producer countries. Our investment in the infrastructure of these production facilities ensures that competitive advantages can be generated. Thus, we can guarantee our customers short delivery times, excellent prices as well as a consistently high quality level. In terms of quality and working conditions, each of our factories is working on a European level even today. These areas will continue to be at the core of our investments”, says Jürgen Cölsch.