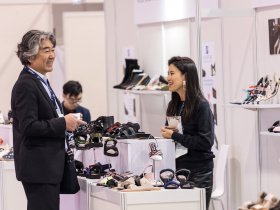 Carnaby and Deal Real legacy have joined up to create a pop up, in-store weekly music events and a youth engagement programme , all to be hosted at the iconic record shop’s original location in London’s famous Carnaby retail district.

The legendary hip-hop record store will be setting up at 14 Newburgh Street on 18th April, to celebrate the place where many of the new generation of hip-hop stars burst onto the scene. Deal Real was originally situated at 3 Marlborough Court, just off Carnaby Street, between 2002-2007. The venue became London’s epicentre for hip-hop and urban youth-culture with the likes of Amy Winehouse, Kanye West, Mark Ronson, John Legend, Mos Def and Lupe Fiasco performing to crowds of fans and tastemakers.

The 2015 Deal Real Legacy pop-up shop launches on Record Store Day, Saturday 18th April with the first in-store event curated by UK rapper, Kano. The shop will showcase the cream of London’s undiscovered and unrepresented talent, including emerging visual artists, musicians and fashion designers. In addition there will be reflection on the original store with a photo-gallery showing memorable moments and in store performances, along with previously unseen archive footage from a range of British and international artists including Example, Professor Green, Mr Hudson, Kanye West and John Legend.

Previous owner of Deal Real, Vincent Olutayo, commented: “It’s fantastic being able to celebrate the legacy of Deal Real with the community and Carnaby; and together take to use the opportunity to support up and coming talent from music, fashion and art, as well as young people aspiring to establish creative careers.”

Reconnecting with notable alumni, Deal Real Legacy will host free weekly in-store signings, performances and workshops. Visitors can expect definitive line-ups including some of the most established UK and international artists, alongside the freshest up and coming talent.

Deal Real are also partnering with City & Westminster College, Shaftesbury and Creative Media Network to support the Deal Real Legacy initiative with an accredited training and employability programme. It will enable 10 young people from diverse backgrounds and offer a comprehensive programme of development, valuable mentoring and engagement with industry people followed by substantial work experience opportunities with Carnaby brands.

Tickets will be made available through a ballot hosted on Carnaby.co.uk and Dealreal.co.uk