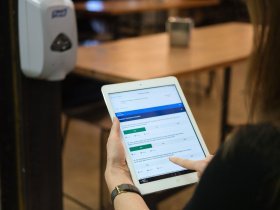 Cool Californian festival Coachella kicks off its second weekend today with heading acts including OutKast, Muse and Arcade Fire. But with the event becoming even more famous for its guests’ fashion credentials than the music, it’s become one of the best places in the world for brands to showcase their latest collections.

Luxury US etailer Stylebop.com is all too aware of Coachella’s credentials and partnered with Milk Studios last weekend to host a celebrity pool party BBQ. Attended by a host of American VIPs including pro skater Dylan Rieder, Paris-born model Caroline de Maigret and American musician Z Berg, the e-commerce site streamed live interviews with musicians and bands straight from the event – leading an influx of fans straight to its homepage.

Stylebop.com launched in 2004 and is one of the world’s largest luxury etailers with offices in New York, London, Sydney, Berlin, Tokyo, Moscow and Paris. The site is home to 250 brands from Valentino and Balmain to Missoni, Jil Sander and Kenzo.