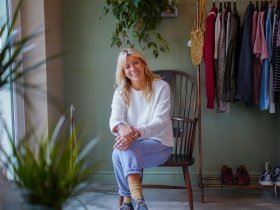 Following the triumphant success of its recent AW15 edition, Pure London has announced that 65 per cent of its brands have already reapplied for the August show, a record number for the show at this early stage.

The focus on newness that was so warmly received at the February show is also set to continue for August, with a record number of prospective brands looking to exhibit for the first time. The organisers at i2i Events Group have said that over 100 new brands completed application forms on site over the three-day show.

Brands from across the six sections of Allure, Agenda, Aspire, Spirit, Footwear and Accessories have commended the show’s quality of British and international buyers and retailers in attendance across the three days.

Returning to Accessories for SS16 will be Bulaggi the Bag, Adele Marie, Zandra Rhodes, Fiorelli, Pia Rossini, Nica and Modalu; while the adjacent Premium Accessories section will see Showroom One, Codello, Bibi,Mark Bags, Matt & Nat and Konplott among the returning names.

Julie Driscoll, portfolio director for Pure London at i2i Events Group, commented: “We are overwhelmed by the amount of positive feedback we have received from our brands this season, and the number of applications we have received is a testament to the quality of buyers that were in attendance. The premium sections are a key area of growth for Pure London and we have seen increasing interest in these brands, with many already confirmed for August.”

The Spring Summer 16 edition of Pure London will take place from 2nd-4th August 2016 at London Olympia.