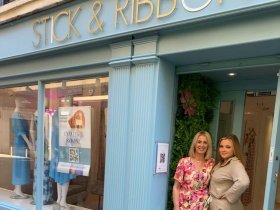 Four in 10 shoppers (39.6 per cent) plan to purchase more or a similar number of gift cards this Christmas, reveals new data from the Gift Card & Voucher Association (GCVA). This is compared to last year when lockdown restrictions sparked a surge in gift card purchasing.

In a survey of 2,000 UK consumers, one in three (33 per cent) said they are likely to undertake Christmas shopping earlier than usual this year, rising to 38.8 per cent of older shoppers. This indicates that consumers may be looking to avoid the prospect of empty shelves and disappointment stemming from potential supply shortages.

Additionally, according to research carried out by YouGov, more than a quarter (27 per cent) of consumers named gift cards, vouchers or cash as the present they’d most like to receive this year. Clothing came in as a close second (23 per cent) followed by experiences (20 per cent) and perfume (15 per cent).

GCVA says a desire for more flexible gifting methods, alongside continued supply chain disruption making it difficult to purchase gifts, has sparked a significant shift in the public’s gifting habits.

According to its recent State of the Nation research, 38.4 per cent of customers have now converted to digital gift cards while 47.1 per cent normally spend their gift cards online.

Gail Cohen, director general of the GCVA, comments: “It is little surprise to see shoppers flocking to gift cards amidst all the current market uncertainty, as was the case both last Christmas and during multiple lockdowns. Unlike physical gifts, which run the risk of being unavailable this year for some, gift cards are a fail-safe way to ensure there are presents under the Christmas tree.”

Photo by Annie Spratt on Unsplash