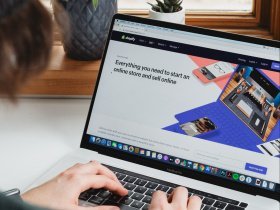 Boutiques in Business, a collective of UK-based womenswear indies, has launched a new campaign to “highlight its utter frustration” over the government’s decision to close ‘non-essential’ stores during the second national lockdown.

As part of the campaign, members have posted pictures on social media of mannequins in their store windows with their backs turned. Founder Amanda Slattery says it is a symbolic gesture to reflect their belief that the government “has turned its back on independent retail” as large high street chains and other non-food retailers continue to trade.

She says: “Our members feel let down, ignored and extremely angry. While we are forced to close for a month, these so called ‘non-essential retail items such as clothing and gifts’ are being hawked for sale by supermarkets and other retailers.”

The idea for the campaign was created by BIB member Naomi Walker, owner of Bombshell Betty Boutique in Garstang. She says: “The idea is to collectively demonstrate the real sense of injustice felt by members in this second lockdown. The view from our shop windows is that the government has effectively turned its back on independent retail.”

Meanwhile, Shirley Leader, owner of Velvet and Rose Boutique, is also backing the campaign. She says: “If clothes are deemed non-essential, then the rule should be standardised across all types of retailer, regardless of what they predominantly sell. Large multinationals should not be allowed to exploit the loophole. Out boutiques follow Covid-19 guidelines for safety and are most likely safer than larger stores.”

Slattery concludes: “This second lockdown comes at the critical pre-Christmas buying time and is totally unacceptable, in our member’s view, and must be resolved quickly.”