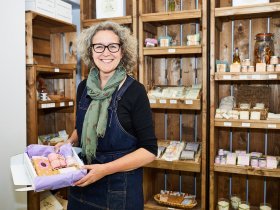 After a strong start to the year, unseasonably cold weather in May caused UK retail sales to drop by 0.5 per cent compared to March. The figures are based on data released by the Office for National Statistics, which also show that clothing sales declined considerably in May. Retail sales grew by 1.6 per cent in the three months to May compared to the previous three-month period – a slower pace than the 1.7 per cent rise recorded in the three months to April.

Lee Lucas, principle at the Fashion Retail Academy, comments: “The cloud and rain has discouraged shoppers this year in the same way bright skies accelerated sales of summer clothing last year. This has produced a bit of a cliff edge in the annual growth figures, which has slowed to a standstill after two consecutive months of impressive year on year growth.

“The steady march of the web continues but it’s encouraging to see the high street continue to hold its ground when it comes to items that will always be deeply personal. Clothing sales may have collapsed on a monthly basis but are still flat on an annual basis.”